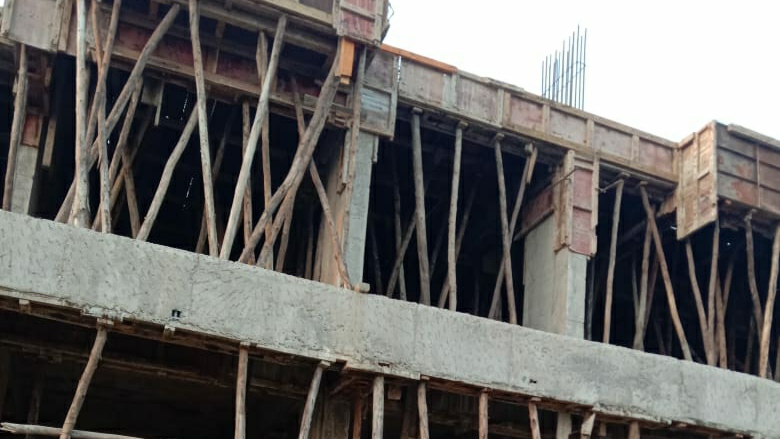 Load-bearing structure means that the load is supported by the wall, there is no column or beam to support the load.

The load bearing Structure are constructed with help of brick , concrete bricks etc.

Load bearing Structure transfer the load to Foundation in this way,

( Slab to Wall and wall to Foundation )

The Foundation of Load bearing Structure are made with Rubble Masonry or With Stone which bear all load coming from the Wall.

And Problem is also that When wall collapse in any situation then whole structure will collapse.

To make load bearing Structure more stronger then we have to increase the wall thickness but it’s reduce the Room area.

Frame structures is a combination of beam and column to  support the load. The load rests on the beam, the beam transfers the  load to the column, which in turn transfer the load to the foundation.

Now Beam is supporting to Slab so it take bending and shear of slab.The beam is designed as flexure member because mainly beam has to bend under slab loading.After this all load is Transferred to Column which take Compression Force.Now Cloumn is supporting to beam and take the load of beam and transfer to the Foundation.