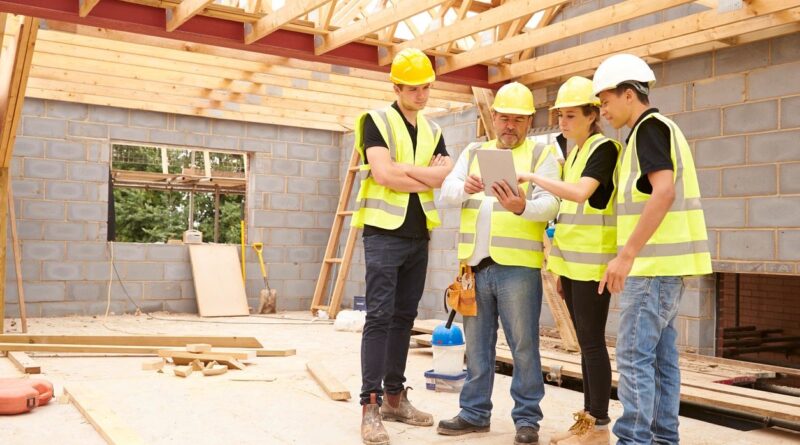 Q1. How do you measure concrete?

Q2. What are the steps involved in the concreting process, explain?

The major steps involved in the process of concreting are as follows:
1. Batching
2. Mixing
3. Transporting and placing of concrete
4. Compacting.

Batching: The process of measurement of the different materials for the making of concrete is known as batching. batching is usually done in two ways: volume batching and weight batching. In case of volume batching the measurement is done in the form of volume whereas in the case of weight batching it is done by the weight.
Mixing: In order to create good concrete the mixing of the materials should be first done in dry condition and after it wet condition. The two general methods of mixing are: hand mixing and machine mixing.
Transportation and placing of concrete: Once the concrete mixture is created it must be transported to its final location. The concrete is placed on form works and should always be dropped on its final location as closely as possible.
Compaction of concrete: When concrete is placed it can have air bubbles entrapped in it which can lead to the reduction of the strength by 30%. In order to reduce the air bubbles the process of compaction is performed. Compaction is generally performed in two ways: by hand or by the use of vibrators.

On a per pound basis, steel pipe is stronger in bending and is less likely to buckle in axial compression.

Q4. Why should curing not be done by ponding and polythene sheets?

The primary purpose of curing is to reduce the heat loss of concrete that is freshly placed to the atmosphere and in order to reduce the temperature gradient across the cross-section of the concrete. Ponding is not preferred for curing as this method of thermal curing is greatly affected by cold winds. In addition to that in ponding large amounts of water is used and has to be disposed off from the construction sites. Polythene sheets are used on the basis that it creates an airtight environment around the concrete surface henceforth reducing the chances of evaporation over fresh concrete surfaces. But the usage of polythene can be a drawback as it can be easily blown away by winds and also the water lost by self-desiccation cannot be replenished.

Q5. What is the tallest man made structure in the world?

Q6. Explain what is Hybrid Foundation?

Hybrid Foundation is usually used for high rise building, it contains both soil supported mat and piles. This type of foundation is helpful in reducing the amount of the settlement.

Q7. What are the common ways of demolition?

Q8. What is braced excavation all about?

Excavations are braced to prevent the cave-in of surrounding unstable soil.

Curing is the process of maintaining the moisture and temperature conditions for freshly deployed concrete. This is done for small duration of time to allow the hardening of concrete. The methods that are involved in saving the shrinkage of the concrete includes:
(a) Spraying of water: on walls, and columns can be cured by sprinkling water.
(b) Wet covering of surface: can be cured by using the surface with wet gunny bags or straw
(c) Ponding: the horizontal surfaces including the slab and floors can be cured by stagnating the water.
(d) Steam curing: of pre-fabricated concrete units steam can be cured by passing it over the units that are under closed chambers. It allows faster curing process and results in faster recovery.
(e) Application of curing compounds: compounds having calcium chloride can be applied on curing surface. This keeps the surface wet for a very long time.

Q10. What reinforcements are used in the process of prestressing?

The major types of reinforcements used in prestressing are:
Spalling Reinforcement: The spalling stresses leads to stress behind the loaded area of the anchor blocks. This results in the breaking off of the surface concrete. The most likely causes of such types of stresses are Poisson`s effects strain interoperability or by the stress trajectory shapes.
Equilibrium reinforcements: This type of reinforcements are required where several anchorages exist where the prestressing loads are applied in a sequential manner.
Bursting Reinforcements: These kinds of stresses occur in cases where the stress trajectories are concave towards the line of action of load. In order to reduce such stresses reinforcements in the form of bursting is required.

Q11. Explain what is the difference between built area and super built up area?

Q12. What is reinforced concrete?

Reinforced concrete have steels bars or mesh in them, which gives extra strength to the construction.

Q13. What is the meaning of soil reinforcement?

Soil reinforcement is the act of improving soil strength to enable it support or carry more load.

Aggregate is the component of a composite material used to resist compressive stress.

Q16. What should be the standard roof height like to be?

For inhabited building, standard height for roof should be one or two storeys tall. If you don’t need to make roof taller and yet you want make it look bigger from outside use a mansard roof containing multiple floors. The roof of the room can be adjusted by changing its pitch or by adding a parapet.

Q17. Why are steel plates inserted inside bearings in elastomeric bearings?

Q18. List out some of the software used in the construction sector to estimate cost and monitoring expenses?

Q19. What is the force exerted by the Tacoma narrows bridge?

20. What is demising walls?