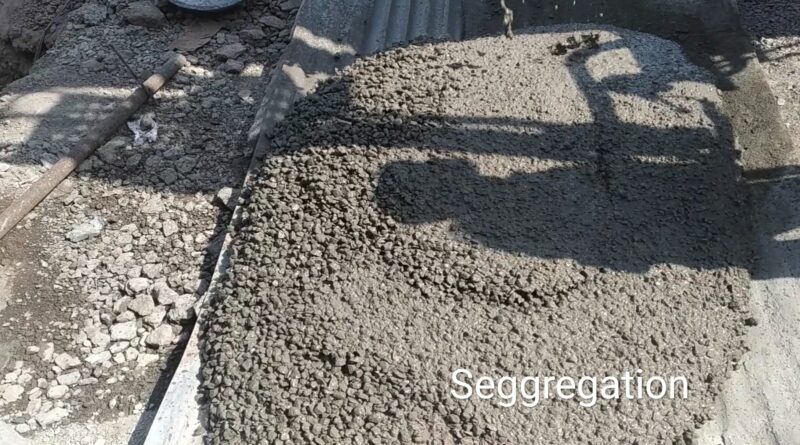 Segregation of concrete is the separation of constituent materials (cement paste and aggregates) of concrete from each other during handling and placement.

segregation is may be divided into the following three types :-

Segregation of concrete affects the structural strength and durability of structures . A good concrete is one in which all the ingredients are properly distributed to make a homogeneous mixture.

Cause of Segregation in Concrete

How to Prevent Concrete Segregation

Bleeding in concrete may be considered as the physical migration of water towards the top surface .

Bleeding is a form of segregation in which water present in the concrete mix is pushed upwards due to the settlement of cement and aggregate. The specific gravity of water is low, due to this water tends to move upwards. Bleeding ordinarily occurs in the wet mix of concrete.

WAYS TO REDUCE THE BLEEDING OF CONCRETE